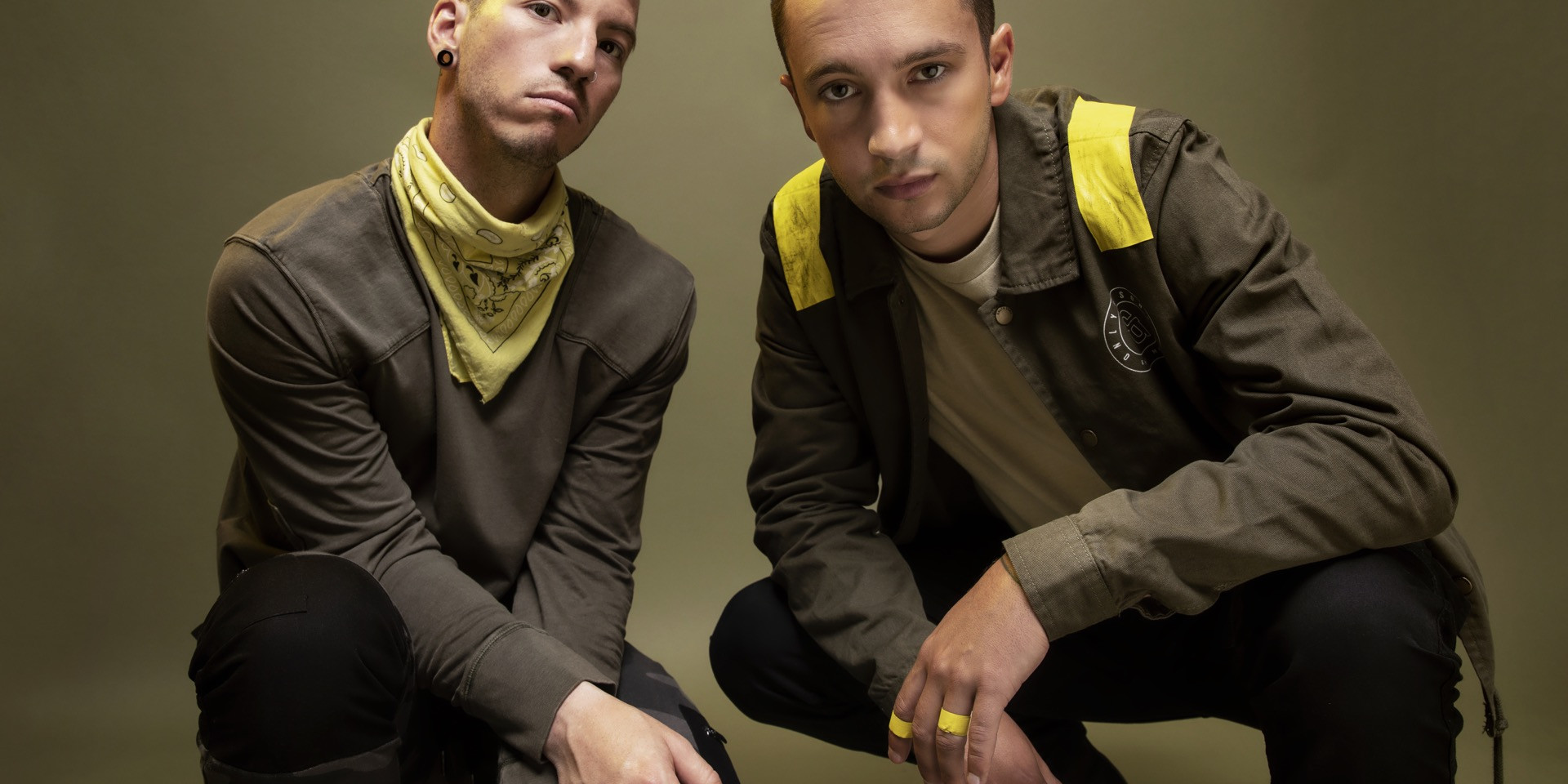 
For fans of
Imagine Dragons, Panic! At The Disco

Tyler Joseph and Josh Dun know their way around Kiewit by now because this summer we’re welcoming the alternative pop band with the legendary ukelele for the third time. Or perhaps ‘high-tech pop band’ is a more accurate description? Whatever... Good wine needs no bush and Twenty One Pilots’ singalong anthems speak for themselves. Just try ‘Ride’ or ‘Stressed Out’ from their debut ‘Blurryface’. Meanwhile the album is certified multi-platinum and the number of views on YouTube is well into seven figures. Last year the release of their fifth studio album ‘Trench’ consolidated their new-found star status and this summer they’re dropping by to prove once again that they’re also a live act to be reckoned with. Early adopters have known for a long time that a Twenty One Pilots show is the ultimate calorie burner.